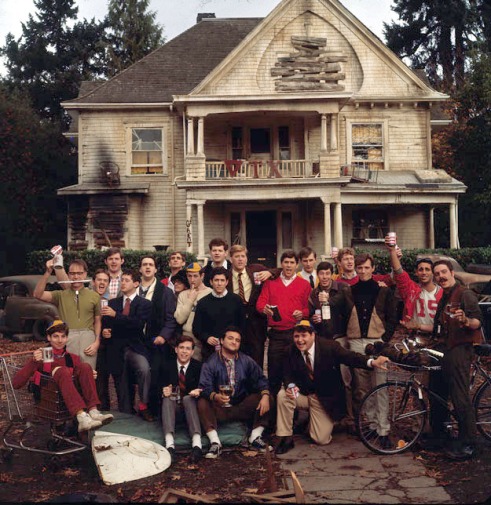 On this day in 1825, the first college fraternity of Kappa Alpha was founded at Union College in New York.  Perhaps many of you can remember your college days when fraternities would be among the largest groups of party goers on campus.  If not, then maybe you recall the dozens of movies that were produced about fraternities.

A particular favorite of ours is 1978’s “National Lampoon’s Animal House” starring John Belushi.  I don’t recall too many scenes without cheap beer and alcohol; however, all the alcohol labeling used for the film was just a prop.  No brand names were used, but it does eerily look like a very well-known brand!