On this day in 1957, the Edsel vehicle is introduced by the Ford Motor Company.  The Edsel was considered to be an ugly, gas-guzzling car with a front vertical grill resembling a vagina.  Hmm…  Really?

Would founder, Henry Ford, turn in his grave knowing this?  Henry was known to openly voice his opinion against alcohol during the times of Prohibition.  He even threatened to abandon the automobile business if Prohibition was repealed.  “I wouldn’t be interested in putting automobiles into the hands of a generation soggy with drink.”  Well… we all know how that story unfolds! 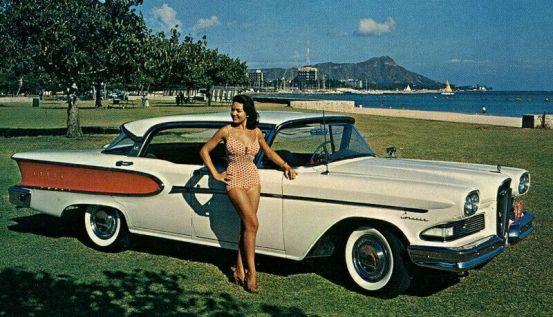