I was visiting my sister in Wisconsin a few years ago and she had a basket of clothes to give away. I saw it as a goldmine, so I was rifling through the large pile and picked up this maroon heather shirt that read “Obey.” It had Andre the Giant on it and I was immediately taken by both the bold image, then the feeling of familiarity. I went online and was able to connect the image to the graffiti artist, Shepard Fairey.

Who is Shepard Fairey, you ask? Frank Shepard Fairey (born February 15, 1970) is an American contemporary graphic designer and illustrator who emerged from the skateboardingscene. He first became known for his “Andre the Giant Has a Posse” (…OBEY…) sticker campaign, in which he appropriated images from the comedic supermarket tabloid Weekly World News. His work became more widely known in the 2008 U.S. presidential election, specifically his Barack Obama “Hope” poster. The Institute of Contemporary Art, Boston calls him one of today’s best known and most influential street artists.His work is included in the collections at The Smithsonian, the Los Angeles County Museum of Art, the Museum of Modern Art in New York, the Museum of Contemporary Art San Diego, the National Portrait Gallery in Washington, the Virginia Museum of Fine Arts in Richmond, and the Victoria and Albert Museum in London. (Wikipedia) 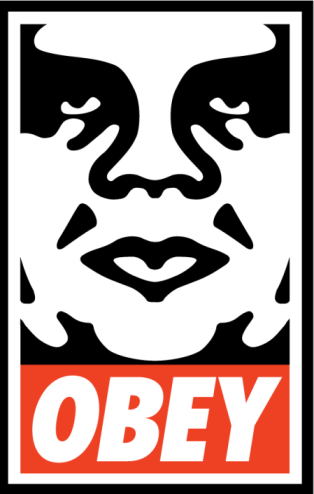 A year after I found the Obey campaign, I was walking through Somerville, MA, with Dr. B, and stopped in my tracks when I saw the image below on the side of a convenient mart. It was gritty and gorgeous. 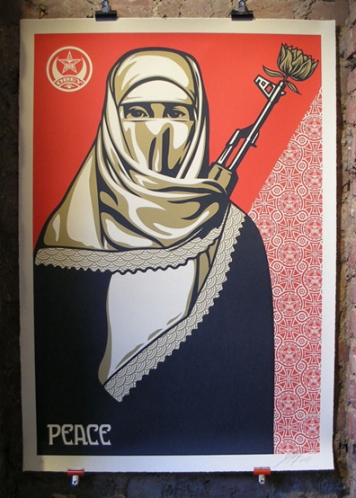 Long story continued, Shepard Fairey came to Denver in 2012 to paint a few murals on both Santa Fe Ave, in Denver’s Art District, and one on Dr. B’s campus. Here are a few photos and an article from our local papers and photos from the sites in Denver. We hope these images will inspire you to connect with the artists in your town and around the world. Art is everywhere! 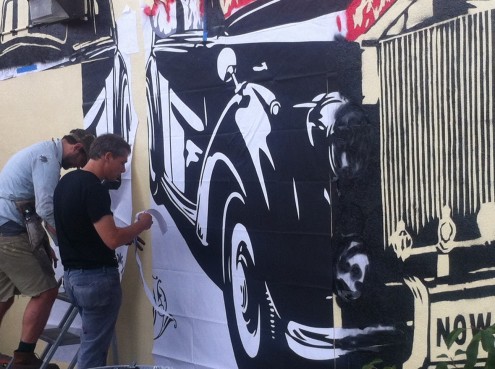 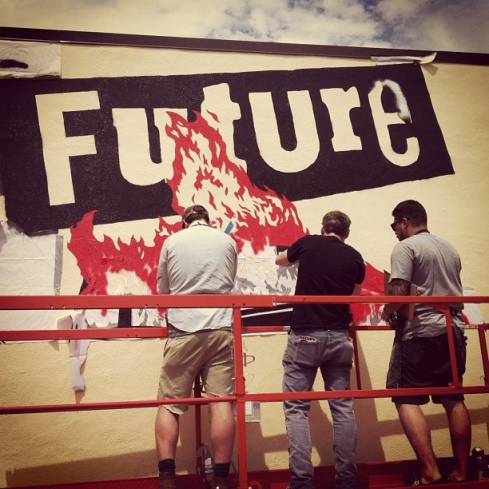 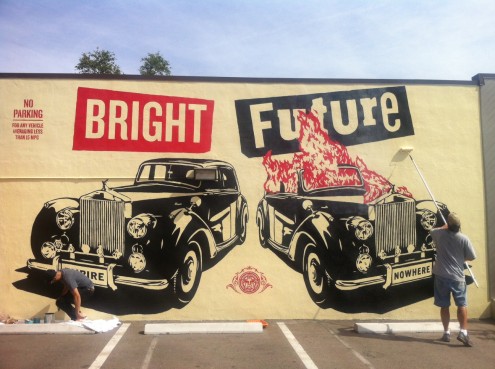