Both Dr. B and I like a nice glass of champagne at midnight, but for me, that’s it. (Dr. B could drink it all night) I get a little burned out from the cloyingly sweet and/or dry, and overly bubbly with little real flavor in my mouth. I guess I prefer beer. But, which beers might be special, sparkly, and celebratory enough to be considered New Year’s worthy?

Let’s check out an article from Jason Notte, at The Street to see what beers are available and exciting this New Year’s.

ABV: 10.3%
There’s a bit of fruit to this grand Sam Adams experiment, but make no mistake — the flavor’s almost all beer. Brewed by the German Reinheitsgebot German purity law limiting key ingredients to malt, hops, water and yeast, Infinium tastes heavily of the former while going down as dry as bubbly.

There are subtle hints of peach on the nose before sipping and the carbonation feels more like a slow champagne popping than a beery fizz. It’s also malty sweet and would pair well with the apple cider, lime juice or pumpkin bitters the brewery suggests for cocktails.

If you’re considering making it a straight swap for your standard New Year’s bubbly, however, be cautious. At $20 per 750mL Champagne-style bottle, it’s twice as much as a decent bottle of prosecco and not nearly sweet enough or light enough (it pours a light caramel color bordering on brown) to warrant the flutes you’ll be pouring it in. For beer lovers and brave souls, it’s a no-brainer. For the average bubblehead, however, it may be a bit too beery for its own good. 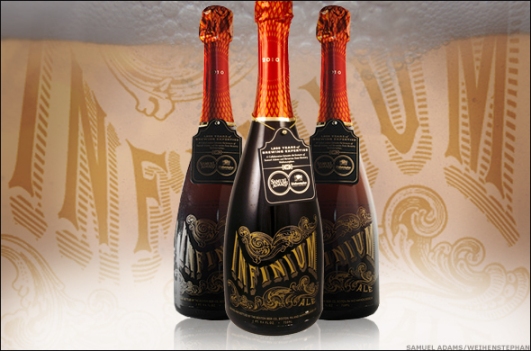 Super effervescent with a whole bunch of bubbles, DeuS is as malty as the Sam/Weihenstephan mix but without the all-beer aroma and aftertaste. The pale yellow color and fizzy head are reminiscent of a lighter wheat beer, but the fruity finish and 750mL bottle size are straight out of the wine rack.

There’s a whole lot to smell when you first take a sip, and that citrus-and-clippings odor is akin to the “funk” of your everyday Belgian sour beer — which is just fine for a product from Belgium. The taste, however, is a combination of malt, citrus and spice that won’t offend the festive bubbly drinker a bit and is apropos of the Champagne region of France in which it is aged.

“DeuS is one of my favorites for New Year’s,” says Joseph Tucker, founder of beer rating site RateBeer. “Festively packaged, it may set you back $30.”

ABV: 12%
Easily the most powerful of the champagne beers, Malheur Biere Brut packs a wallop but masks it pleasantly.

The strongest of this variety is also the most champagne-like. Packed with carbonation that produces a hefty head when poured into a flute, this Belgian brew also comes through with a fruity flavor that even hints at grapes before giving way to citrus and spice.

There’s quite a bit of Belgian malt coming out of this 750mL bottle, to be sure, but it’s also a fun little bubbly well worth the $30 to $40 a bottle. The brewery also produces a Brut Noir black chocolate recipe with a similar 12% ABV, but dials it down a notch to 9% ABV with its slightly milder Cuvee Royale.

ABV: 8%
Leave it to the English to make even a Champagne-style beer more “sessionable.”

The English beer industry is built around the drinker having not one, but several of a brewer’s beers. As such, the alcohol content tends to get held back a bit to give the poor beer lover a chance of surviving the stumble from pub to home.

Cobra Beer’s Krait takes a similar tack here by keeping just enough alcohol to justify all the fermentation it’s going through but just little enough to avoid being the sipping beers that the Belgians and Bostonians have concocted. Unfortunately, a dumbed down “Champagne lager” has the same issues of a similarly doltish macrobrew.

There’s a lot of foam and bubbles, but precious little substance to this beer. A ton of filler gives it a taste akin to a slightly beerier Smirnoff’s Ice, but doesn’t mask the fact that it’s the Champagne of malt liquors. There are a bunch of people who wouldn’t mind a bubblier version of Zima — or even a Zima, for that matter, now that it’s been discontinued — but despite the 750mL corked bottle, lager name and affordable $10-or-so price, this falls somewhere short of both champagne and beer. 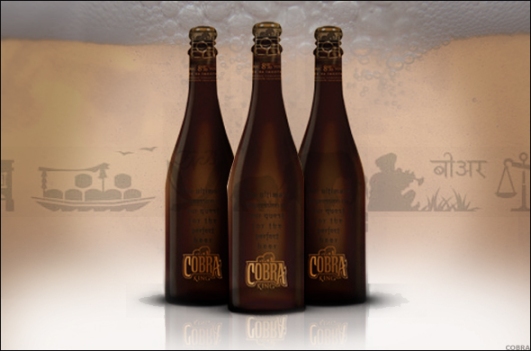 ABV: 6%
There is a lot of overlap between a Biere de Champagne and a second-fermented style like a lambic. Cuvee Brut walks that line without falling firmly into either category.

With the carbonation of a Champagne beer and the flavor of a cherry lambic, Cuvee Brut is bubbly without being sweet. In fact, drinkers pouring a flute of this beer before the clock strikes midnight should prepare for a tart, slightly sour taste on the back end.

That little footnote aside, Cuvee Brut is definitely a welcome New Year’s party pour. It pours red with a pinkish head, bubbles in the glass as if poured from a champagne bottle and has a great whiff of sweet cherry and apple.

“Liefman’s Cuvee Brut is a pink sparkling beer made with cherries and not too hard to find,” RateBeer’s Tucker says. “Very effervescent, slightly more sour than sweet — a dry, delightful beer.” 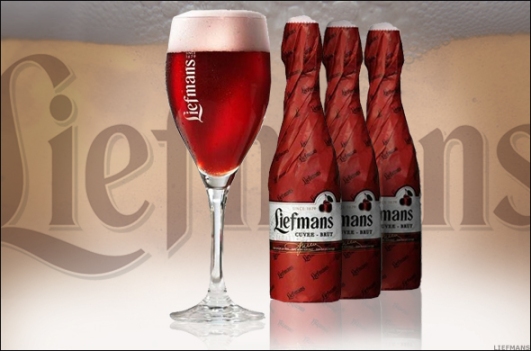 Hope you all have a wonderful New Years Eve. If there is an awesome beer you enjoyed and want us to feature it – send us an email at Inkybeer.com.